WALA was founded by Dr. Rudolf Hauschka in 1935 and today develops and manufactures products for the brands WALA Medicines (Only available in german) and Dr. Hauschka Skin Care on the basis of the anthroposophic knowledge of man and nature. Hauschka's vision was of a company where people are at the heart of all corporate activities and profit is seen only as a means to an end. This vision raised a number of questions about the best way to continue operating his company.

The search for answers to these questions culminated in 1986 in the transformation of WALA from a general commercial partnership (OHG) to a foundation.
The WALA Stiftung, a company foundation, was established in Bad Boll / Eckwälden as trustee of the WALA company as a whole, while the latter was simultaneously transformed into a German limited liability company (GmbH). The primary task of the foundation is to promote the development of WALA Heilmittel GmbH and to take care of its inspiring resources. It is thus the 100% shareholder of the company. The approach of WALA Heilmittel GmbH to capital is marked by the conviction that no social or economic measure in itself has any significance. The company exists to fulfil the object of the foundation and cannot be bought, sold or inherited like goods. The profit is only the means to an end, not an end in itself. The end is primarily the corporate development and to foster an entrepreneurial framework that supports the individual development of the co-workers.

The object of the Foundation is to safeguard the successful development of the company “WALA HEILMITTEL GMBH” and "WALA Agrikultur GmbH".

If you would like to read more about our mission and tasks, you can download our articles of association as a PDF file here:

Articles of Association of WALA Foundation

The WALA Foundation is a member of the Bundesverband Deutscher Stiftungen (Association of German Foundations). 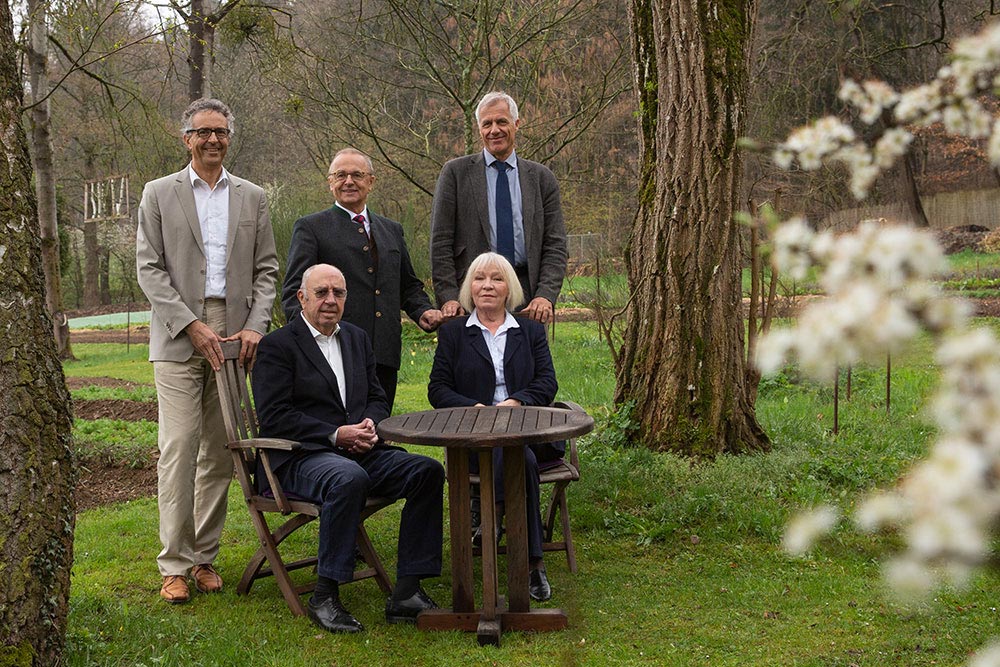 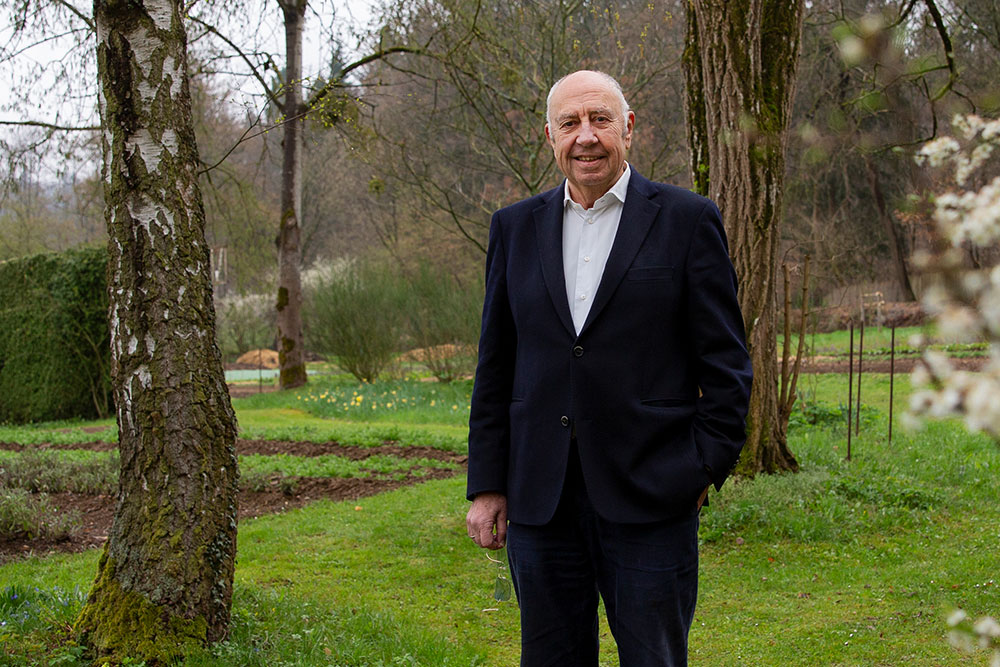 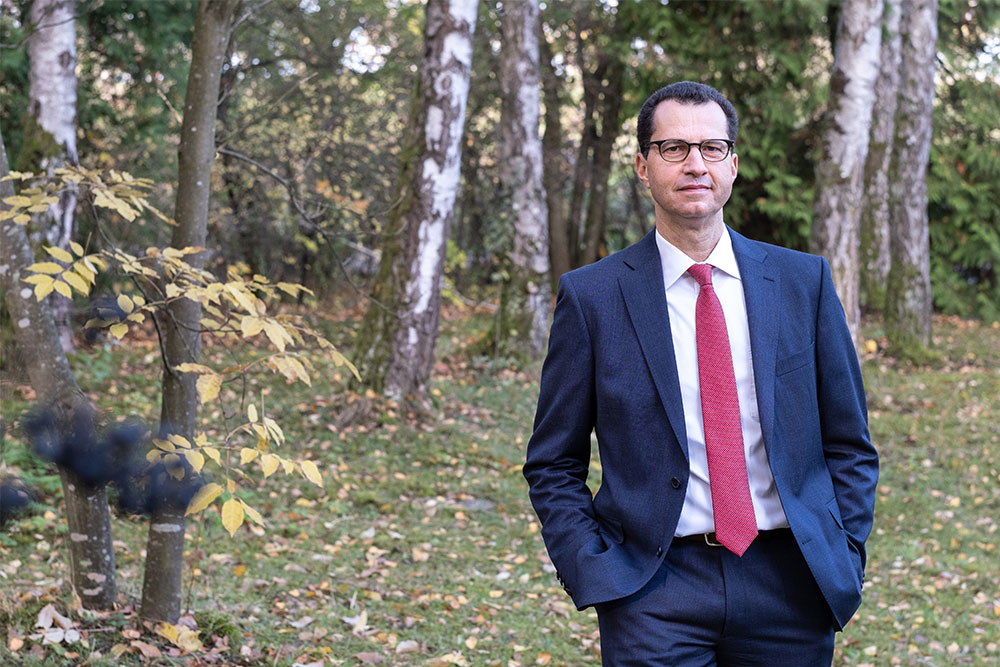 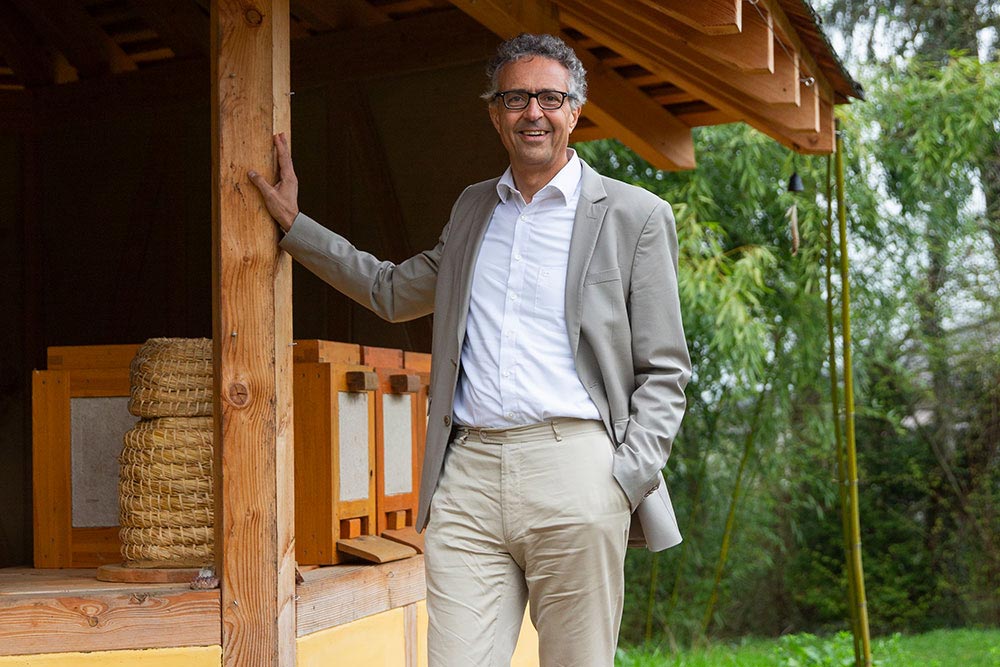 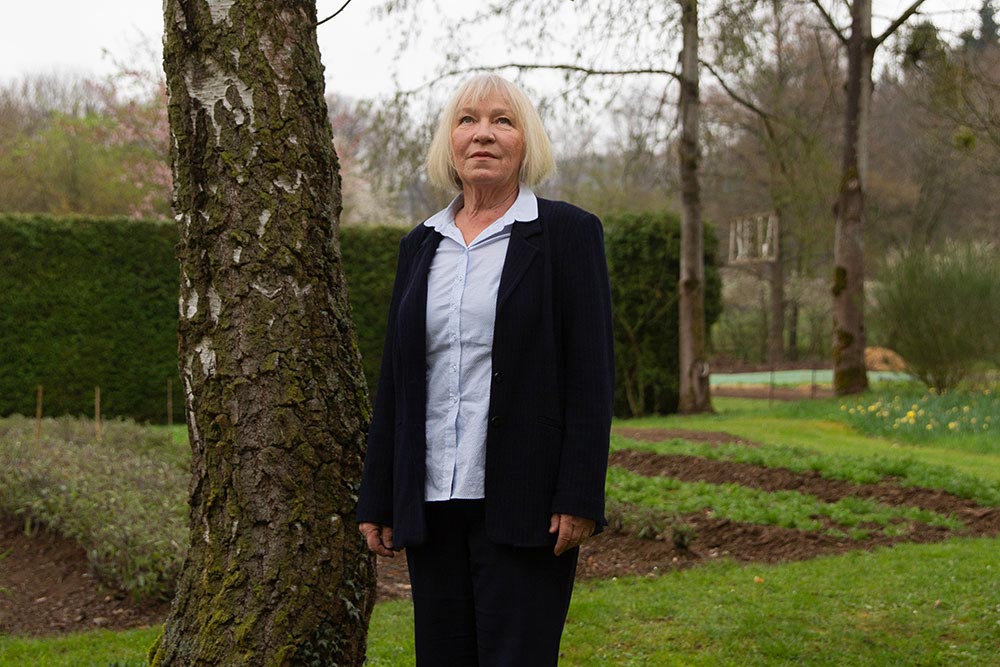 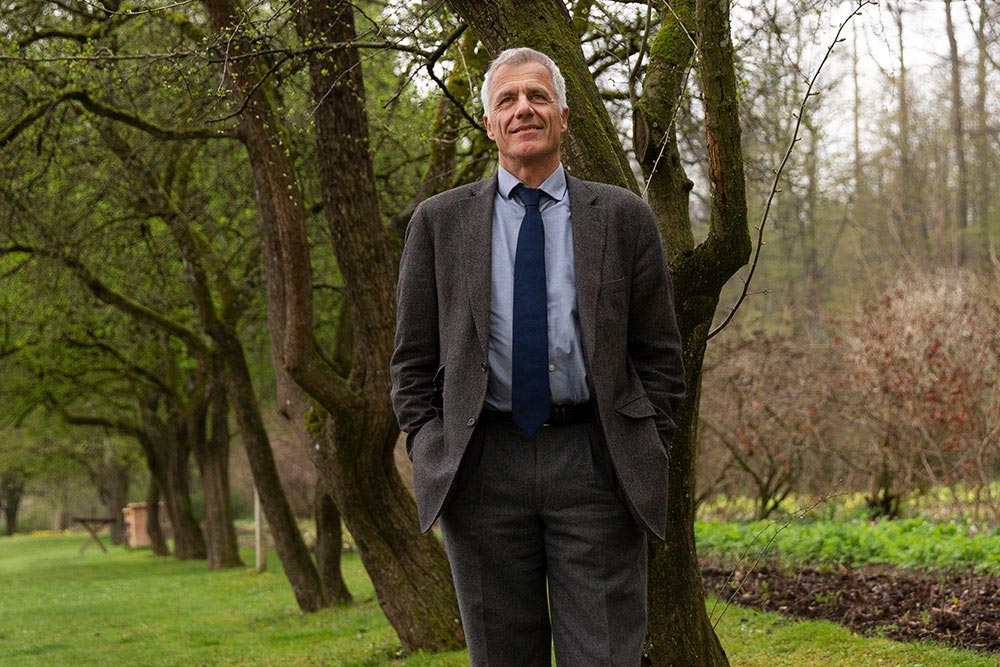 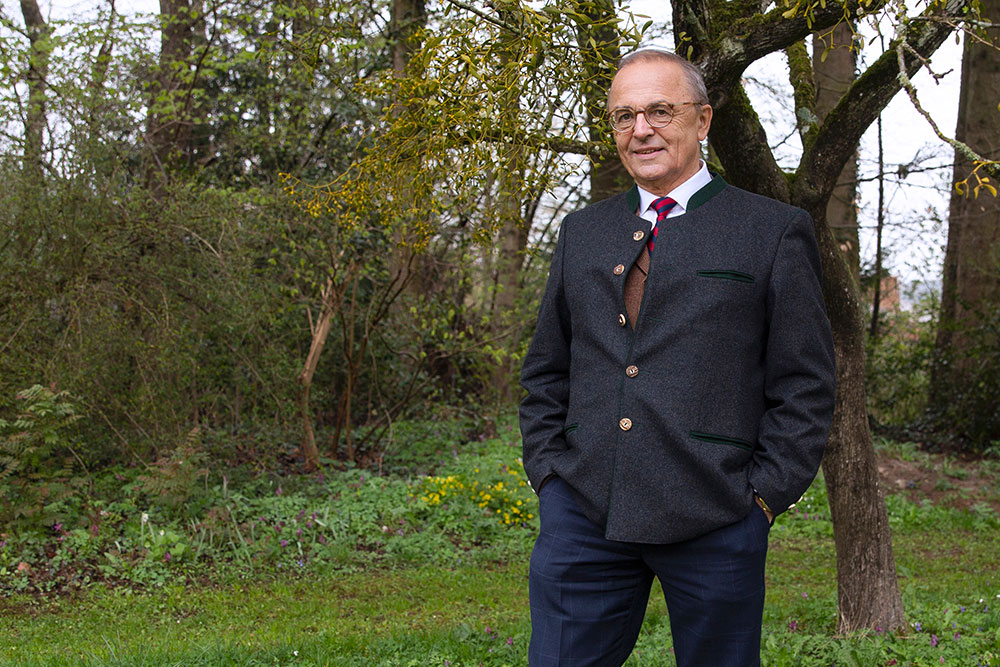 The WALA Foundation is responsible for a precious commodity in the form of the medicines and skin care products prepared by WALA Heilmittel GmbH, and we must ensure this commodity is used fruitfully. As a member of the board, I hope that we – ever alert to opportunities and risks – will oversee the protection and transformation of the company with such wisdom that more and more people will be able to find strength through WALA’s products and services.

From the very beginning, Dr. Rudolf Hauschka and his associates also sought out new forms of future social orders. The WALA Foundation is an expression of these efforts to bring about healing, not just in our preparations but also through our socially responsible business practices. As the Management Board of the WALA Foundation, we are responsible for overseeing the realisation of the WALA idea in production processes, products, joint development and individual development in such a way that WALA’s thriving development touches more and more people.

WALA strives to support its patients/customers in their everyday lives with high-quality medicinal products and cosmetics sourced from nature and produced in line with anthroposophical views. Together with the innate knowledge and power that resides within all our fellow humans, WALA is committed to nurturing and helping people to heal and thrive in a humble and faithful way.

As a member of the board of the WALA Foundation, I am highly motivated by this core concern because it brings something good into the world through the entire WALA value chain: When 1,000 people come together every day to work towards this shared goal, great things happen. I hope that my contributions to the WALA Foundation will further strengthen WALA, and I want to ensure that this added value continues to flourish – both regionally in Baden-Württemberg and globally through fair, sustainable projects.

I also believe it is important to gradually develop closer collaborations with other companies who are genuinely committed to the same or similar values.

A central guiding principle in the production of WALA Medicines and Dr. Hauschka Skin Care is the wider anthroposophical view of nature and humans.
The interaction of the material and physical dimension with the mental and spiritual dimension should be researched further and applied to WALA product development.
As a member of the board of the WALA Foundation, I feel jointly responsible for maintaining and further developing this WALA impulse.
With my many years of practical experience in anthroposophical study and therapy, as well as in management design at the Filderklinik anthroposophical hospital, I hope to make a contribution to WALA’s thriving development.

To protect the core beliefs and values of WALA and to help shape the future of the company – these are the Foundation’s primary tasks. One such core belief at WALA is the belief in rhythmic processes, which are not only a central aspect of our production methods, but also form the basis of life for all of us. I believe that one of the tasks of the Foundation is to maintain and develop a healthy rhythm also in the social sphere, in working life and in cooperation with management. With this approach, WALA can become a role model for business life. Only when our society becomes more aware of the value of rhythmic processes can we hope to find better answers to the pressing challenges we currently face. I am convinced that, in this area, the WALA Foundation can make a contribution far beyond our company.

WALA, in its structure and in the nature of its activities, is like a mountain spring that provides crystal clear water. As the guardians of this spring, it is our job to give as many people as possible, indeed the whole world, access to this water. We are ever conscious of this responsibility.

Born in Fulda (Germany) in 1944, Wolfgang Gutberlet studied in Saarbrücken and Würzburg, graduating with a degree in business administration. From 1973 to 2009/2012, he held the position of CEO and partner at Tegut. Since 2013, he has been a partner and chairman of the supervisory board of the Fulda-based foundation W-E-G Stiftung & Co. KG.

Wolfgang Gutberlet is a member of various supervisory boards, as well as the executive board of the Research Institute for Biological Agriculture (FiBL). He has won several awards, including Eco-Manager of the Year 2005 and Entrepreneur of the Year 2007. In 2008, he was presented with the German Sustainability Award and the Federal Cross of Merit.

Wolfgang Gutberlet was appointed to the WALA Foundation’s board in 2005.

Born in Mönchengladbach, Germany, in 1965, Dr. Philip Lettmann studied Business Administration in Cologne, Paris, Oxford and Berlin. He headed the Finance department of the French subsidiary of a German medical technology producer and was investment manager and deputy CEO at a private equity company specialising in SME financing. From August 2004 until the end of June 2020, he worked for WALA Heilmittel GmbH, where he took over at the helm of the Infrastructure & Supply division in 2006 and went on to become Managing Director in January 2008. He joined the Board of the WALA Foundation effective 1 July 2020.

2015, Dr. Philip Lettmann was elected to the Supervisory Board of the GLS Bank and has been its Chairman since March 2019. He regularly speaks on questions relating to the deployment of finance in “steward-owned companies”.

Christiaan Mol studied pharmacy in Milan and Parma (Italy). In 1996 he joined WALA Heilmittel GmbH, where he most recently headed the group Public & Legal Affairs.

Christiaan Mol was appointed a WALA Foundation board member in 2018.

Pirkko Ollilainen was born in 1954 in the city of Nurmes in the Finnish region of North Karelia on the Russian border. After finishing school, she trained at an anthroposophical treatment institute where she learned about eurythmy. She then studied eurythmy for two years in Ringwood, Great Britain, as well as for two years at Else Klink (Eurythmeum Stuttgart) and completed a qualification in healing eurythmy. In 1976, Pirkko Ollilainen began work as a practitioner at the newly founded Filderklinik, where she was a member of the clinic management team for many years.

Thanks to a close professional relationship with Heinz-Hartmut Vogel, an anthroposophical doctor and long-standing WALA shareholder, Pirkko Ollilainen formed a link with WALA. This, together with her in-depth understanding of anthroposophical treatment and extensive management experience, led to her being appointed to the WALA Foundation's board on 1 January 2017.

Marcus Roggatz was born in 1957 in Badenweiler (Germany). He studied medicine from 1975 to 1982 in Cologne, Mainz, Heidelberg, Oxford, Tübingen, Vienna and Freiburg, eventually graduating in Freiburg. After training for several years at various anthroposophical hospitals, he established himself in 1990 as an anthroposophical medical practitioner in Hamburg. In 1991, he took up an additional post as school doctor at a Waldorf school in Hamburg. In 1999 he moved his practice to Freiburg im Breisgau. From 1999 to 2002, he performed additional work in an establishment for child and adolescent psychiatry. As a long-standing medical adviser for WALA, he was appointed a member of the WALA Foundation in 1996. Marcus Roggatz is married and has four children.

Dr. Wolfgang Schuster was born on the island of Pellworm near Husum (Germany). He studied biology and medicine in Hohenheim and Tübingen, receiving his medical license in 1980 and his doctorate in medicine in 1982.  He completed surgical training at various hospitals in Stuttgart and became an accredited surgeon in 1986. This was followed by two years working as a surgeon. In 1990, after attending the Anthroposophical Medical Seminary at the Fildner Hospital, he set up a general practice together with his wife Renate Baumgärtner-Schuster.  In 1996 he received accreditation as a general practitioner. In 1992 he was appointed a member of the WALA Foundation, where he currently serves as Chairman of the Board.